Comprising just 5 hectares in Flaujac-Poujols (Lot), the vineyard holdings of Château Pech de Jammes produce only an extremely limited volume of wine each year. From the start Thomas Chardard, the locally born & bred owner of the château, invited the highly respected Bertrand- Gabriel Vigouroux (of the family behind the renaissance of the Cahors appellation, and owner of the famous Chateau de Mercues), to take on the responsibility for all the technical aspects of viticulture and winemaking. Prior to purchasing the estate in 2009 Thomas Chardard’s chosen career centred around the local car dealing industry. In effect, therefore, he has created a small boutique winery (vin de garage) owned by a former “garagiste” (car dealer): nothing more natural, of course!

The vines are planted on a very steep clay-limestone slope facing south on the favoured Causse de Cahors. This is one of the highest-altitude vineyards in the entire appellation (300m) lying on a mixture of soils consisting largely of limestone and red clay, in a naturally sculptured amphitheatre. The view down on to the valley is quite breath-taking.

You need much courage to plant and create a vineyard. Bernard Pons, founder and previous owner of Château Pech de Jammes, possessed it in abundance. Engaged by the French resistance at the tender age of 17, he later became a politician and was a minister in various cabinet posts in the 1970’s and the 1980’s. In May 1972 he was even given the honourable responsibility by the French President to chaperone Her Majesty Queen Elisabeth II during her official visit to France that year. On this occasion Her Majesty was reminded of Pons’s resistance heroics following which she bestowed upon him the Victoria Cross. Is it the trust and confidence of this royal rencontre which gave him the courage and determination on his return to Cahors to plant a vineyard at his château? He was helped in this endeavour by his friend Georges Vigouroux, latterly known as the father- figure of the renaissance of the Cahors appellation. We will never know for sure, but it is entirely plausible that his steadfastness was encouraged further by his lengthy and involved private discussion with The Queen. 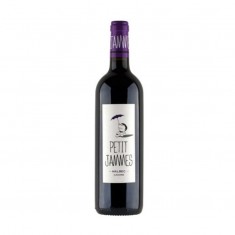 Crammed full of ripe blackberry and red autumnal fruit Petit Jammes offers a medium-bodied easily approachable palate. Vinified for a long time on the skins, and fermentation is rigorously temperature-controlled in order to preserve a maximum of fruit. The wine is then aged for 8-10 months in stainless steel vats. The resulting style is very much an expressive, exuberant fruit-forward rendition of Malbec. 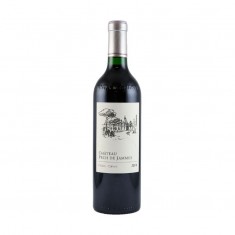 A wine that is officially classified as Gran Vin Seigneur (based on a Cahors quality charter where the foundation is high density vine plantings and strictly low yields). Further quality orientated measures include late harvesting in order to obtain ripe, sculpted tannins, a winemaking protocol that includes long, slow barrel fermentation at low temperature followed by a lengthy barrel ageing.